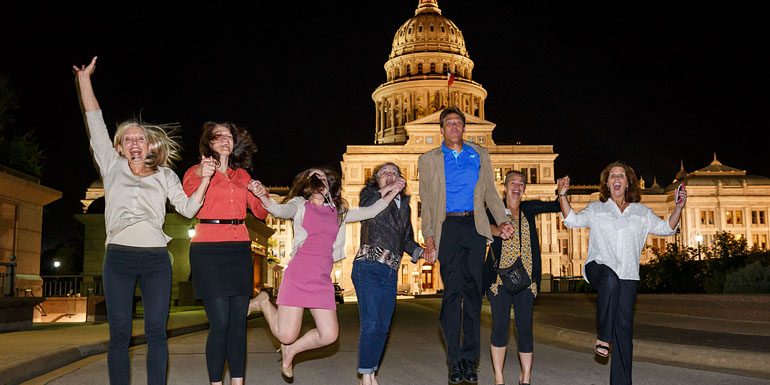 Charlotte’s SVP contingent turned out solid numbers at this year’s Audacious Philanthropy conference in Austin, TX. The gathering offers networking with dynamic folks from across the globe for staff, Partners, Investees and more. Five Charlotte Partners and our whole staff attended, offering a great breadth of experience and perspectives to the rest of the SVP network representatives and taking away a great deal to chew on–both big-picture and small.

On the staff side, Susan and I were privy to specialized tracks focused on maximizing the work and impact of our local SVP. Topics included:

1) What are you a determined optimist about in the world?

2) What are you willing to go to hard places for?

3) What connects to who you are at your core?

The answer and nexus we find, Shoemaker said, is the can’t-not-do that embodies why people become Partners with SVP–and why we commit ourselves to the organizations, causes, issues and people that we do. “The right question,” Shoemaker concluded, “challenges us to take that first step, then bigger steps, down a pathway to having more impact on the world. And on our own lives.”