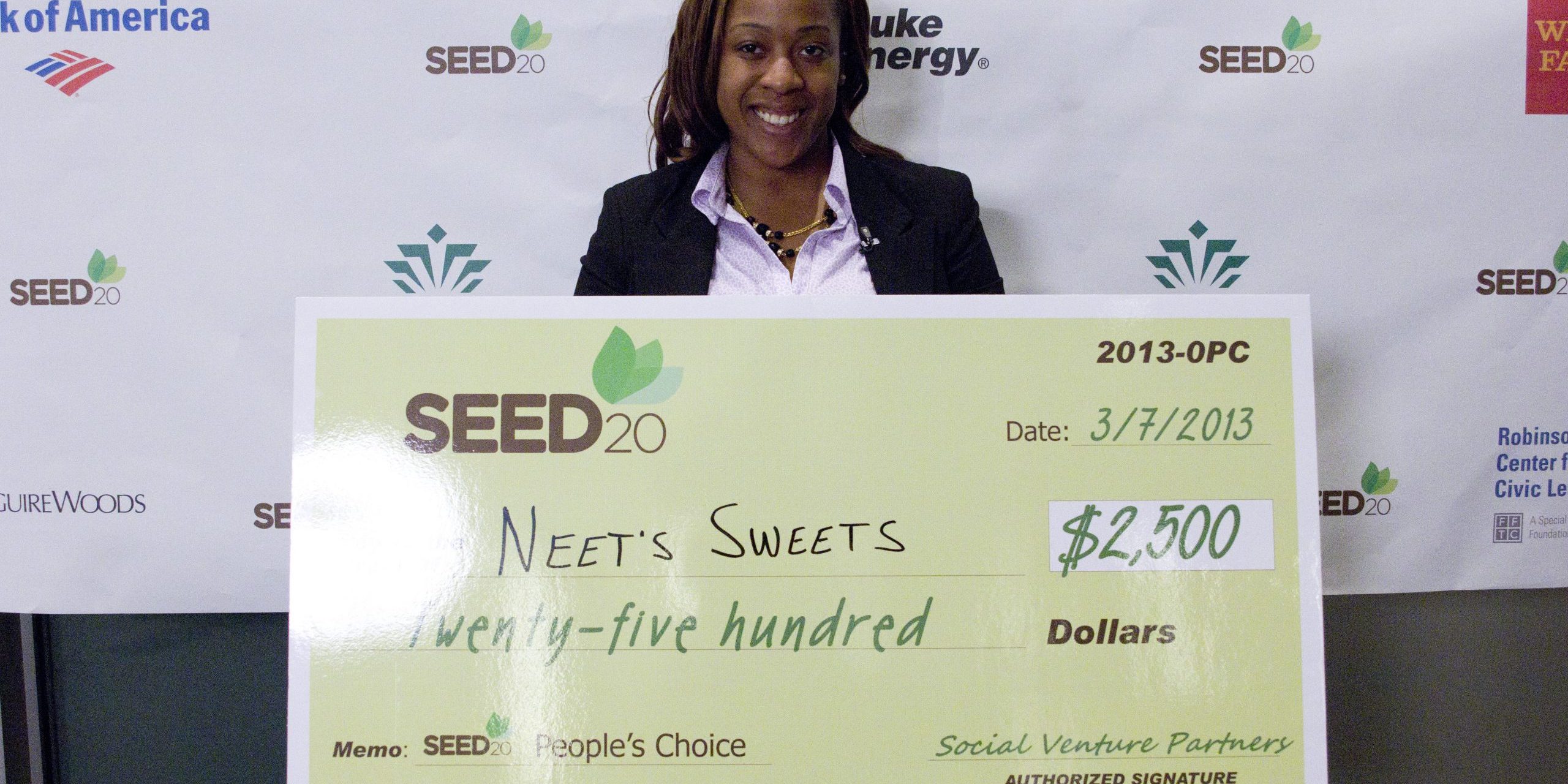 Since participating in SEED20, Antonia “Neet” Childs and her nonprofit have gone through some restructuring. During the process, the relationships Childs formed with her coaches and fellow nonprofit participants have been a major source of support.

“Brennon Graham (Executive Director, The Relatives) had a huge influence in my choice to advance my education and training in social work,” Childs notes. “Daniel Fogarty (Executive Director, Beds for Kids) supplied beds for our home for girls. David Johnson (Executive Director, Silent Images) showcased Neets Sweets in a short film series, and Melissa Mummert (Executive Director, Second Helping and Changed Choices) played a huge part in my forming a relationship with Mecklenburg County Jails. My coach, Sharon Lachow-Blumberg, is also a woman I really admire.”

Since Childs received mentorship and prize money through SEED20, Neets Sweets has gotten certified with the city of Charlotte as a Minority Women Small Business Enterprise (MESBE). It is also the first survivor-led social business to become a member of the Charlotte Chamber of Commerce. Childs also added an internship program as an alternative to incarceration for young survivors of commercial sexual exploitation.

Childs’ newly rebranded nonprofit organization, Market Your Mind (MYM), also developed in part through her SEED20 participation. “Developing my pitch and the confidence to share my story brought me to a point where I can inspire other girls,” Childs said. Now, with MYM, one of her major goals is to shift the community conversation around Domestic Minor Sex Trafficking (DMST).

To increase and deepen education on the topic of DMST, Childs and MYM are focusing their attentions on referring to the women who come through their programs as “displaced entrepreneurs and protégés” (rather than “victims” or simply “survivors”). “They are preparing to become the emerging leaders of tomorrow,” Childs adds.

MYM’s goal, Neet explains, is to continue sharing stories like hers—stories of those who not only survive but thrive in life after trafficking. As a major goal for 2015, Childs aims to support MYM’s work through the process through the newly restructured Neets Sweets enterprise. Their programming will include not only transitional and supportive housing, holistic case management, short-term crisis care, and court advocacy—the more immediate post-trafficking needs of DMST survivors—but also educational programming, mentorship, and leadership training.

“We want people to truly understand what our name—Market Your Mind, Not Your Body—really means,” Childs concludes. “We want to provide a strong sense of agency, structure, and accountability—all of which are vital for young women’s development into self-sufficient, independent young adults.”